Flap surgery  is the loosening of the gum from bone to expose and clean underlying tooth structures. Periodontal flap surgery Flap surgery is done to treat the periodontaldisease which may affect our overall health.

The bacteria in our mouth, along with mucus and other particles, constantly form a sticky, colorless plaque on teeth. Plaque that is not removed by Brushing and flossing, can harden and form calculus and may results in inflammation of the gums leading to gingivitis if it is not properly cleaned with the help of a dentist. Inflammation causes a pocket to develop between the gums and the teeth, which keeps on filling with plaque and tartar and finally  causes destruction of the tissues and bone surrounding the tooth, thus loosening the tooth. Eventually it leads to loss of teeth

Common symptoms to identify inflammation of gums are:

The area to be treated is injected with local anesthesia before the procedure starts. The gums are then separated from the tooth to clean the root of the teeth filled with tartar and also repair the bone, if needed. During the procedure, the entire area is carefully cleaned and all tarter and infected granulation tissue are removed and the bone is examined.  The gum flaps are then sutured back into place and covered with gauze to stop bleeding. A few days to recover from a flap procedure and a few days after the procedure, your dentist will remove the stitches.
The entire flap procedure requires 1 to 3 hours to perform with only two quadrants of the mouth being addressed in a single visit. You must keep your mouth as clean as possible while the surgical site is healing. 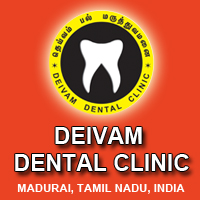 You can refer Dr R Rajarajan,one of the top and experienced dentist in India, for various dental problem solutions.

Search On This Blog